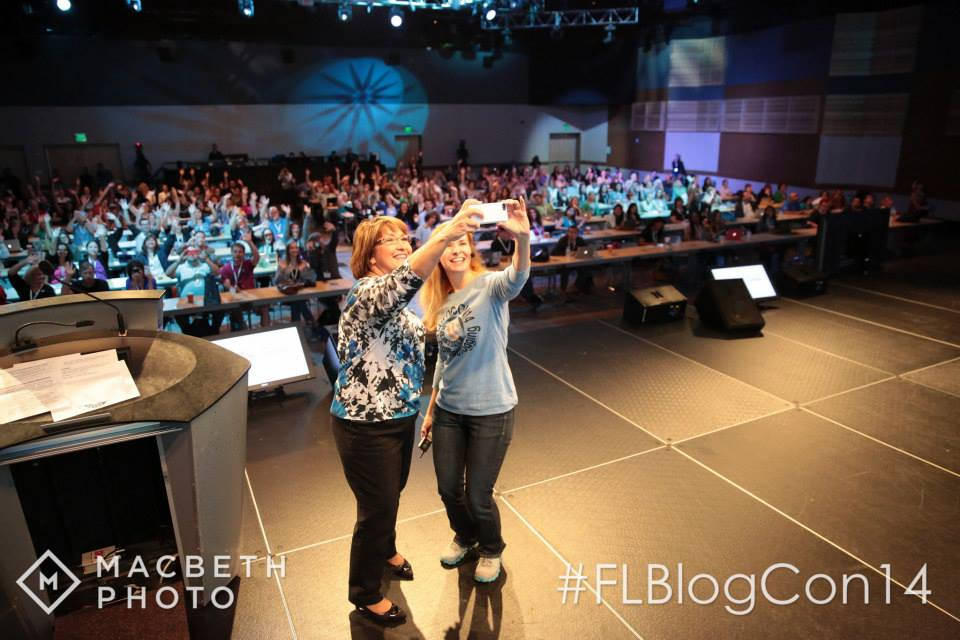 Orange County recently welcomed hundreds of bloggers to Full Sail University for the annual Florida Blogger and Social Media Conference, one of the largest conferences of its kind in the southeast.

Now in its fourth year, the Florida Blogger and Social Media Conference, known as FLBlogCon, takes place annually in September and boasts more than 350 attendees from across the state.

Mayor Teresa Jacobs joined the festivities and took several #selfies with conference attendees before providing the welcome remarks at the sold out event at Full Sail LIVE.

“The amazing reach and impact of social media, bloggers has truly redefined how the broader community views their news,” Mayor Jacobs said. “Today, with the obvious bias of so many networks and news outlets, the independent voices from the blogosphere are increasingly important. Social media and blogging has demonstrated that bloggers are credible. From breaking news in troubled spots around the world, to social issues, you are frequently driving the conversation and today’s media coverage.”

Bess Auer, founder and organizer of FLBlogCon, is a fourth generation resident of Winter Park. Auer got her blogging start as the founder and first editor of the Central Florida Top 5, which was awarded “Best Neighborhood Blog” by the Orlando Sentinel in 2009. Bess also taught for 17 years at Park Maitland School.

“The blogosphere in Central Florida has grown into a major force. From parent and education bloggers to business and fitness bloggers, our attendees this year alone reach over 9 millions readers a month,” Auer said. “We see this as a win-win for bloggers as well as those companies and organizations that harness our power. For example, we were proud to unite our social media channels to spread awareness about the work of Second Harvest Food Bank of Central Florida, and look forward to blogging continuing to benefit Central Florida.”

A highlight of the FLBlogCon opening occurred at the end of Mayor Jacobs remarks when she asked Auer to join her on stage to take an #ussie, a lexicon used in social media to describe a self portrait accompanied by several individuals. The Mayor’s #ussie included the entire room of conference attendees and trended on Twitter, engaging hundreds of conference attendees and social media enthusiasts.

Earlier this year, Auer joined other Orange County citizens as a Social Media Ambassador during the 2014 State of the County. She is also part of the County’s new Technology and Social Media Workgroup, which operates as a think-tank to advance new technologies, social media and mobile applications supported and developed by Orange County Government. The workgroup will also collaborate on how to best enhance online public engagement and support the growing technology and digital community in our region.

“We’re especially proud that other areas of Orlando’s tech scene are recognizing blogging as a positive addition,” Auer said. “We are involved in both the upcoming Orlando Tech Week as well as November’s Global Entrepreneur Week.”

Ted Murphy, CEO and chairman of Winter Park-based IZEA, a social sponsorship pioneer that connects brands with creators who blog, tweet, pin, and post on their behalf followed Mayor Jacobs remarks and said he’s excited about the growth of Central Florida’s blogging community.

“I have the privilege of working with bloggers around the globe and I have to say that the content creators right here in our own backyard are some of the most creative, authoritative and impressive in the country,” Murphy said. “I am so excited to see the rapid evolution of our media and tech scene and can’t wait to see what’s next.”

To learn more about FLBlogCon, visit the organization’s website.

A collection of photos from FLBlogCon are available on Flickr for use by the media.