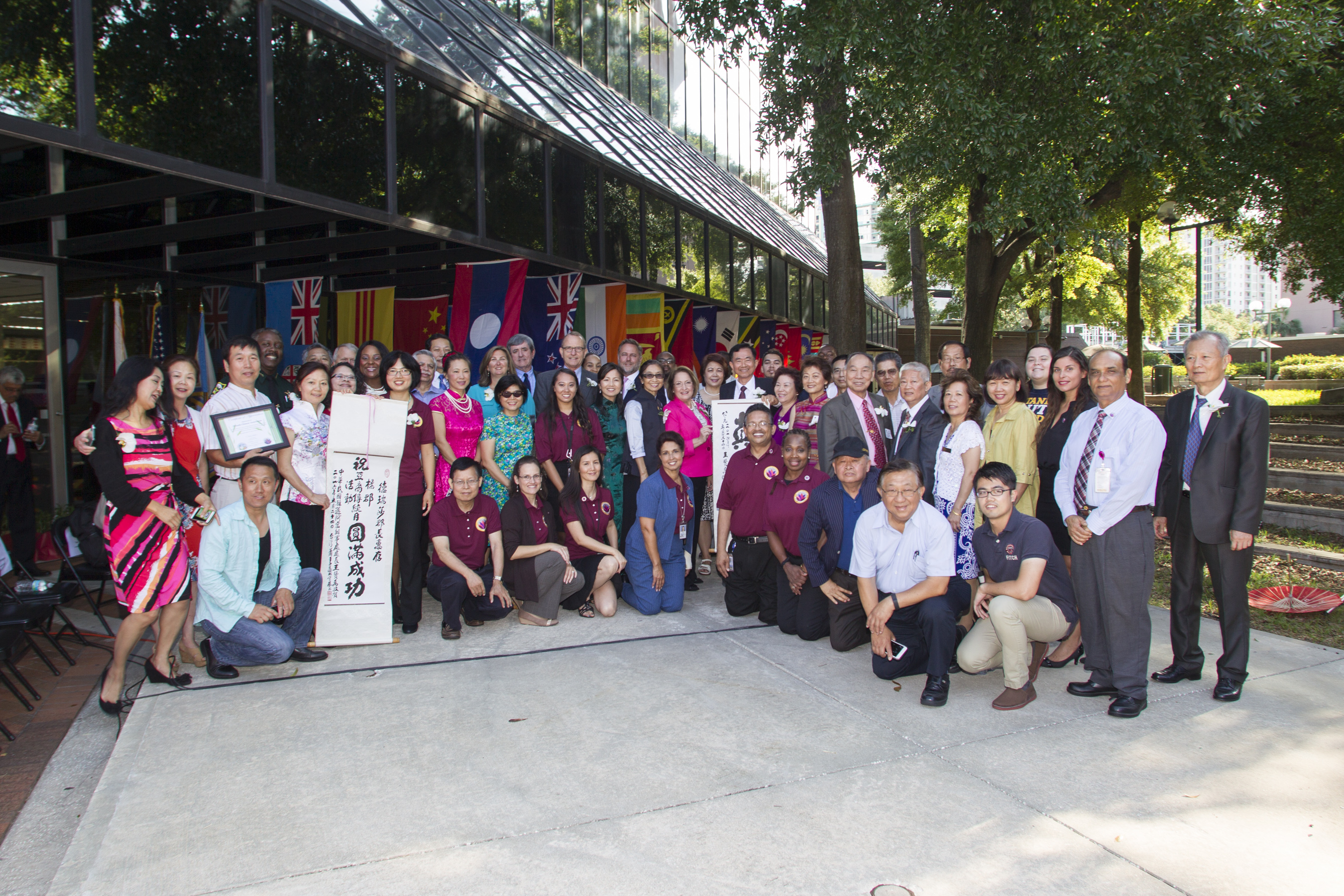 Mayor Teresa Jacobs and Orange County’s Board of County Commissioners (BCC) marked Asian Pacific Heritage Month in May by attending a festive cultural celebration held on the lawn of the Orange County Government’s Administration Center organized by employees and community partners.

The event, now in its fourth year, was coordinated by the Orange County Asian Committee (OCAC), an employee-based volunteer organization formed in 2012. OCAC’s goal is to promote and preserve the heritage and culture of Asian Americans, while forming partnerships throughout the community and building relationships with local and international governments.

“The gifts of Asian Pacific culture, art, history and heritage enrich our community in so many ways,” Mayor Jacobs said. “As one of the most culturally inclusive communities in the United States, Orange County continues to be a leader in advancing diversity. Through our direct hires, our advisory board appointments, community outreach, sister region agreements, tradeshows, seminars and festivities like this one, Orange County is proud to celebrate, seek and embrace diversity.”

“It is important for the community to celebrate Asian Pacific American Heritage Month to have a better understanding of the Asian Pacific American culture and unite various cultures together,” said Hefang Lin, Ph.D., president of OCAC and statistician for Orange County Corrections. “Embracing each other’s differences enhances our ability to connect with one another.”

The Distinguished Asian Award was presented to the President of the Asian Pacific Islander American Public Affairs Association Central Florida Chapter, Andrew Jeng. Jeng is also a member of the Asian American Heritage Council, the Taiwanese Chamber of Commerce and the International Association of Chiefs of Police. The Outstanding Community Service Award recipient was Lina Vong, Impact Director for City Year Orlando, an AmeriCorps program and nonprofit that partners with low-income schools and works with students who are at risk of dropping out of high school. Additionally, the winners of the student art contest were announced. The art is displayed in the Orange County Government’s Administration Center lobby.

In 1978, President Jimmy Carter signed a Joint Congressional Resolution establishing the first week in May as Asian Pacific American Heritage Week. In 1992, the week was expanded to a month long celebration by President George H. W. Bush.

A collection of photos from the Asian Pacific American Heritage event are available on Flickr for use by the media.