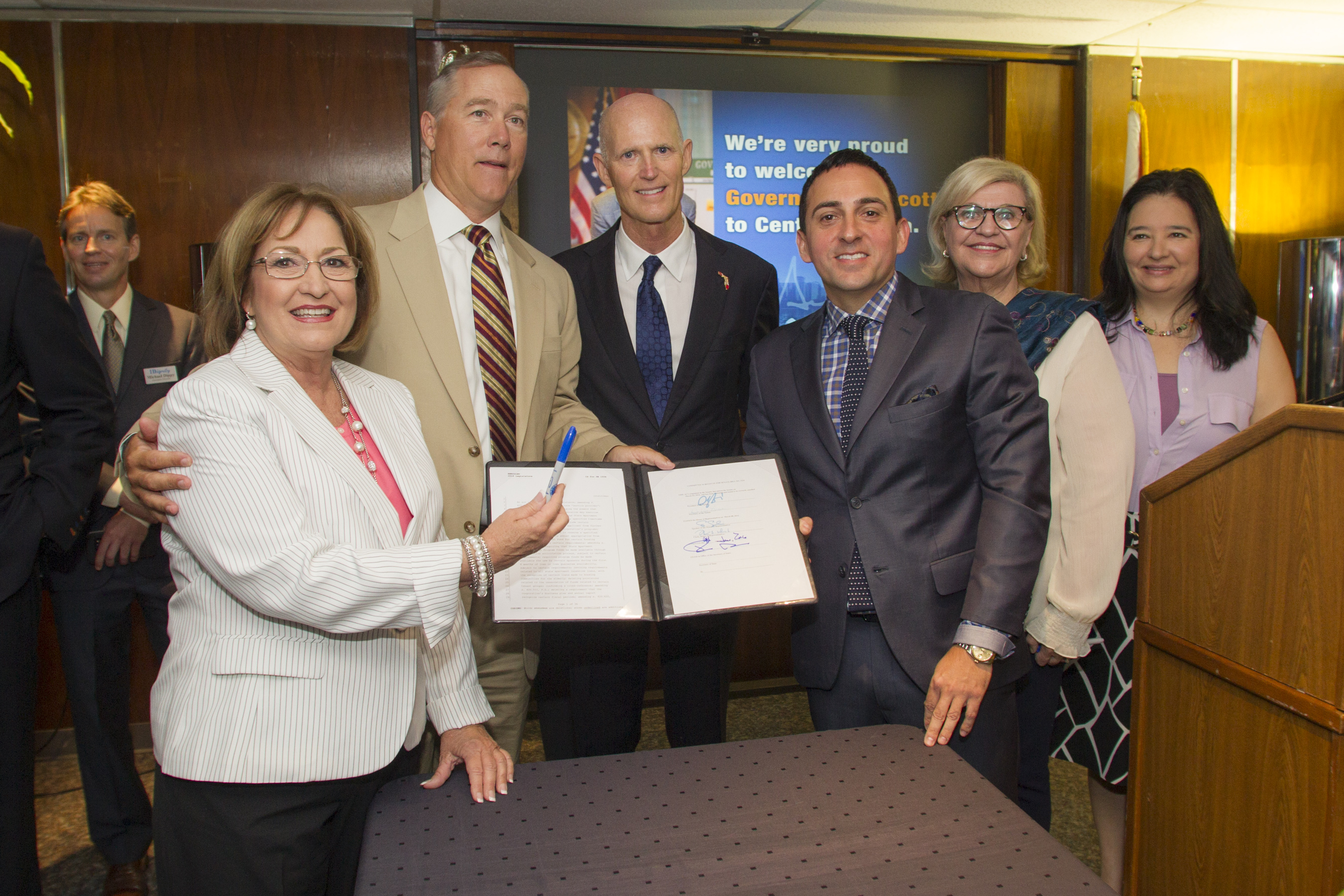 Senate Bill 1534 aims to further the housing-first approach and to help expedite efforts in housing chronically homeless families across the state. The bill also allows flexibility in the use of State Housing Initiatives Partnership program funds in order for local governments to provide rental assistance to the homeless.

“We’ve made tremendous headway in housing our veterans and the chronically homeless, but we must continue to broaden the options available to our homeless families,” Mayor Jacobs said. “This new legislation will support rapid re-housing as a strategy to more-quickly house the homeless and give Orange County and other local governments throughout Florida the opportunity to provide affordable housing.”

For many years, Orange County Government has been the single largest funder of public services for the homeless in Central Florida. Through these funds, and by working with other local agencies and organizations throughout the region, Orange County has been able to provide help and hope to those in need.

The bill comes at an ideal time as Orange County’s senior leadership works on the Regional Affordable Housing Summit, which will take place on October 20, 2016. The summit will bring together planners, developers, local government leaders and others from across the region to discuss strategies for more affordable housing options in the region.

According to numbers released in May by the Homeless Services Network of Central Florida, Central Florida’s annual “Point-in-Time” (PIT) census identified a one-year, 23.6 percent decrease in the number of homeless individuals in Orange, Osceola and Seminole counties, as of Jan. 27, 2016.

As work continues to overcome homelessness throughout Central Florida, the symbolic passage of this bill is a significant milestone for Orange County and the State of Florida.