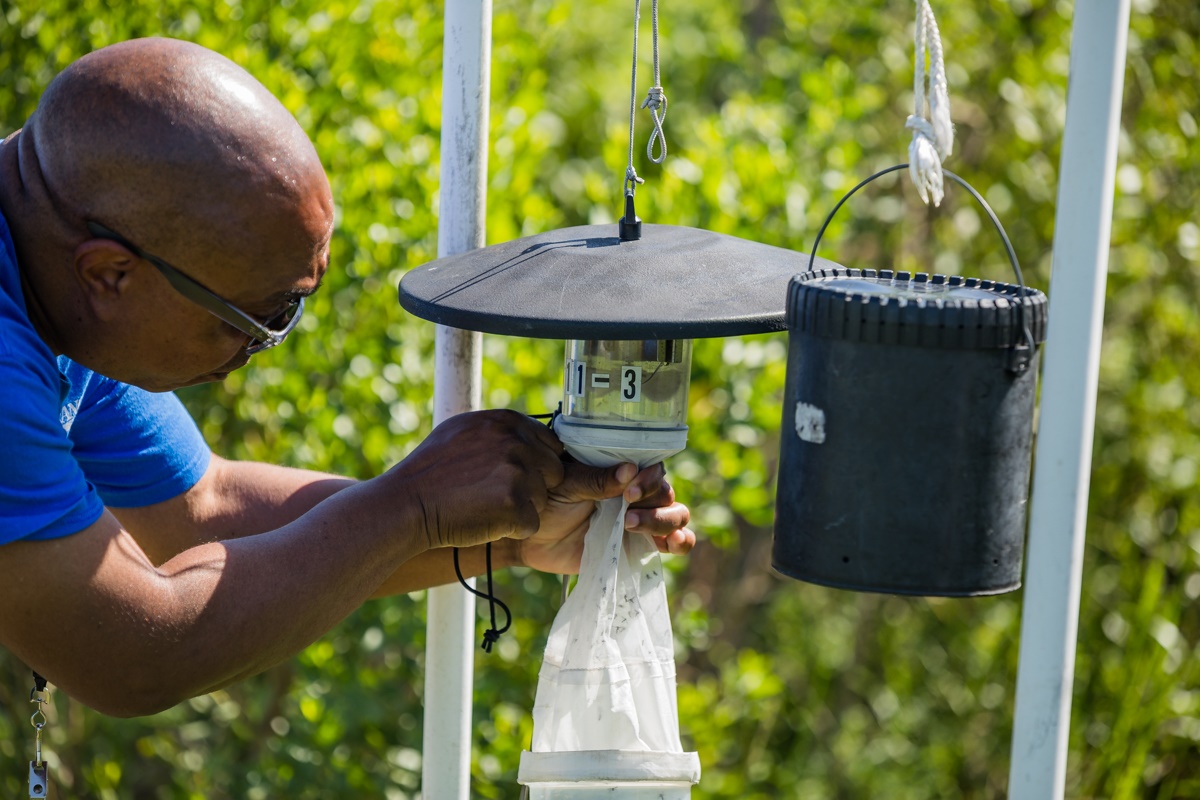 Mosquito Control offices throughout the state have confirmed that summer rainstorms, combined with a warmer winter season, have contributed to a rise in the mosquito population. While residents often think of mosquitoes as pests, it is important to remember that mosquitoes also have the potential to transmit serious diseases.

Additionally, OCMC places traps around the County to catch mosquitoes, which are counted and tracked on a weekly basis. Tracking assists OCMC in determining which communities are seeing an increase in mosquitoes and where to best place their resources. Prior to the decision to deploy recent aerial treatment, one East Orange County trap was found to have 4,000 mosquitoes. The same trap captured just 300 mosquitoes the week prior.

“We play an intricate role in our community,” Orange County Mosquito Control Manager Kelly Deutsch said. “Here in Central Florida, we are home to several types of mosquitoes species, some of which can be considered simply a nuisance, but others with the potential to carry very serious illness and disease. Mosquito borne-illness not only affects people, but also pets and livestock and that is why it is incredibly important that we monitor mosquito populations and stay on top of managing them year-round.”

OCMC only uses materials approved by the Environmental Protection Agency and the Florida Department of Agriculture. The spray that is dispersed by trucks that help manage mosquito populations are equivalent in strength to an over the counter flea and tick product. Deutsch explains that trucks spray during the evening since mosquitoes are prone to be out at night.

In upcoming weeks, OCMC will be testing the use of Gambusia fish. Gambusia fish, also known as mosquitofish, are introduced into bodies of water such as untreated pools, artificial ponds, ditches and swales. The fish eat the mosquito larva, which helps eliminate mosquitoes. The fish serves as a natural means to help combat mosquitoes.

To reduce the mosquito population and prevent the spread of illnesses, OCMC encourages citizens to continue to Tip, Toss and Cover. Residents are asked to eliminate any standing water left in containers, such as flower pots or tin cans. Mosquitoes can develop in an environment as small as a bottle cap. Residents are also encouraged to cover their skin with long-sleeved shirts and long pants and use a repellent that contains DEET.