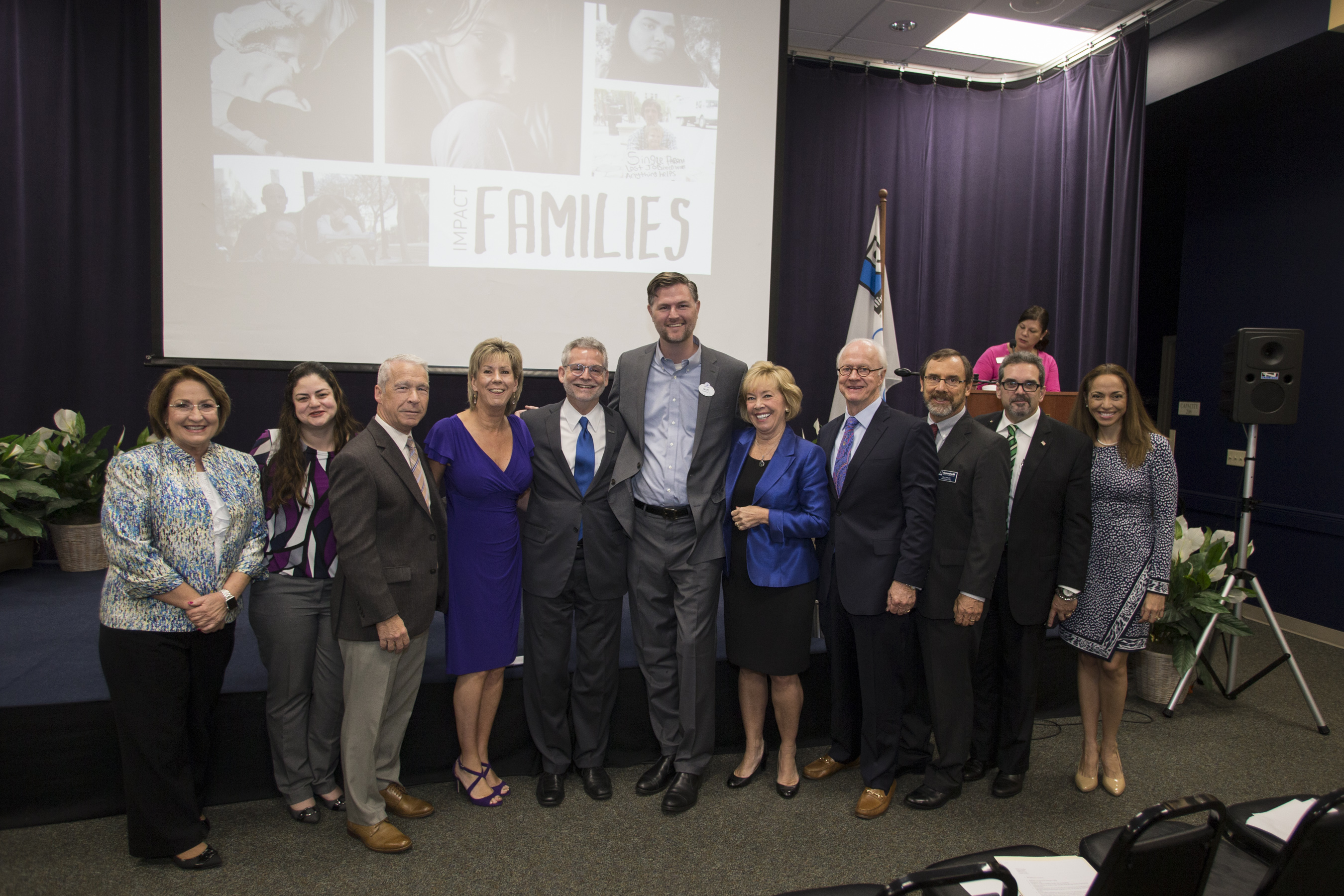 The Central Florida Commission on Homelessness (CFCH) announced the launch of its new “Impact Families” program with community partners at Goodwill Industries of Central Florida, Inc. on Aug. 4.

This initiative is a pilot program that will focus on increasing housing stability through a strong emphasis on employment and education. The program was developed after research found that more than 10,000 school-aged children were homeless in Orange, Osceola and Seminole counties during the 2016-2017 school year.

Orange County Mayor Teresa Jacobs currently serves as a co-chair of CFCH, which seeks to address the cycle of homelessness in Central Florida through research, strategic policy development and high-impact campaigns, such as “Impact Families.” The organization began in 2007 as a grassroots organization and was renewed in 2012 with a more focused mission to end homelessness in Central Florida. Several committees have been formed by CFCH, including the Family Homelessness Committee and an Orange County committee to coordinate efforts across the region to end homelessness.

“Thanks to the work of Dick Batchelor and the Family Homelessness Committee of the Central Florida Commission on Homelessness, we’ve gained invaluable insight into the very complex issue of family homelessness,” Mayor Jacobs said. “Above all, we know that having a stable, safe and nurturing place to live can make a profound difference in the lives of our children and families.”

Mayor Jacobs has prioritized homelessness and affordable housing issues since she was elected Mayor in 2010. In partnership with numerous non-profit, community and agency partners, Orange County Government is committed to providing low-income and homeless families with the chance to live and raise their families in stable, nurturing and safe places. Through an integrated approached, which includes creative affordable housing initiatives, a wide array of resources to nurture strong families, a robust commitment to rapid re-housing and permanent supportive housing, Orange County is working to improve the lives of its children and families.

The “Impact Families” program will work with families to address issues of housing stability, employment and income. Participating families will be assigned to a Rapid Rehousing program to help with immediate needs, and will then be matched with a jobs placement coordinator through Goodwill Industries of Central Florida.  The Central Florida Foundation will manage and determine grant needs for the pilot program, in partnership with the CFCH. The Foundation works to fund different endowments and non-profits within Orange County. The Foundation has already managed investments in the Housing First initiative, with more than $7 million in contributions to the Homeless Impact Fund.

The “Impact Families” program – which seeks to immediately place families in homes in order to provide stability – will be tested as a one-year pilot program in Orange and Osceola counties, before being brought to other communities in Central Florida. The Walt Disney World Company, a member of the CFCH, has provided funding for the pilot project.

In addition to maintaining a specific focus on impacting chronic and Veterans homelessness, Mayor Jacobs is committed to the development of pioneering workforce housing initiatives in Orange County, aimed specifically at homeless and at-risk families.

Orange County provided $1 million of INVEST in Our Home for Life  funds with $1 million of State Housing Initiative Partnership (SHIP) funds to Ability Housing for the redevelopment of the Wayne Densch Center in Eatonville a 77-unit permanent housing rental community for at risk homeless families. This project will provide affordable rental units primarily to homeless families and individuals who are most at risk of homelessness. The Golden Pointe apartment complex received $1 million of INVEST funds and $1 million of SHIP funds to construct a new complex with an emphasis on serving low and very low income families.  The development is located on Goldenrod Road and celebrated its opening in May.

In an effort to address the shortage of affordable housing for low- and very low-income households, Orange County has also utilized $724,000 of INVEST funds for construction activities related to the site development of Arbor Bend and Juniper Bend. Both are planned neighborhood subdivisions in Apopka that will feature a total of 56 single-family homes and are being built by Habitat for Humanity of Greater or Orlando and Habitat for Humanity of Seminole County and Greater Apopka.

Learn more about Orange County Government’s plans and initiatives to end homelessness in the community.