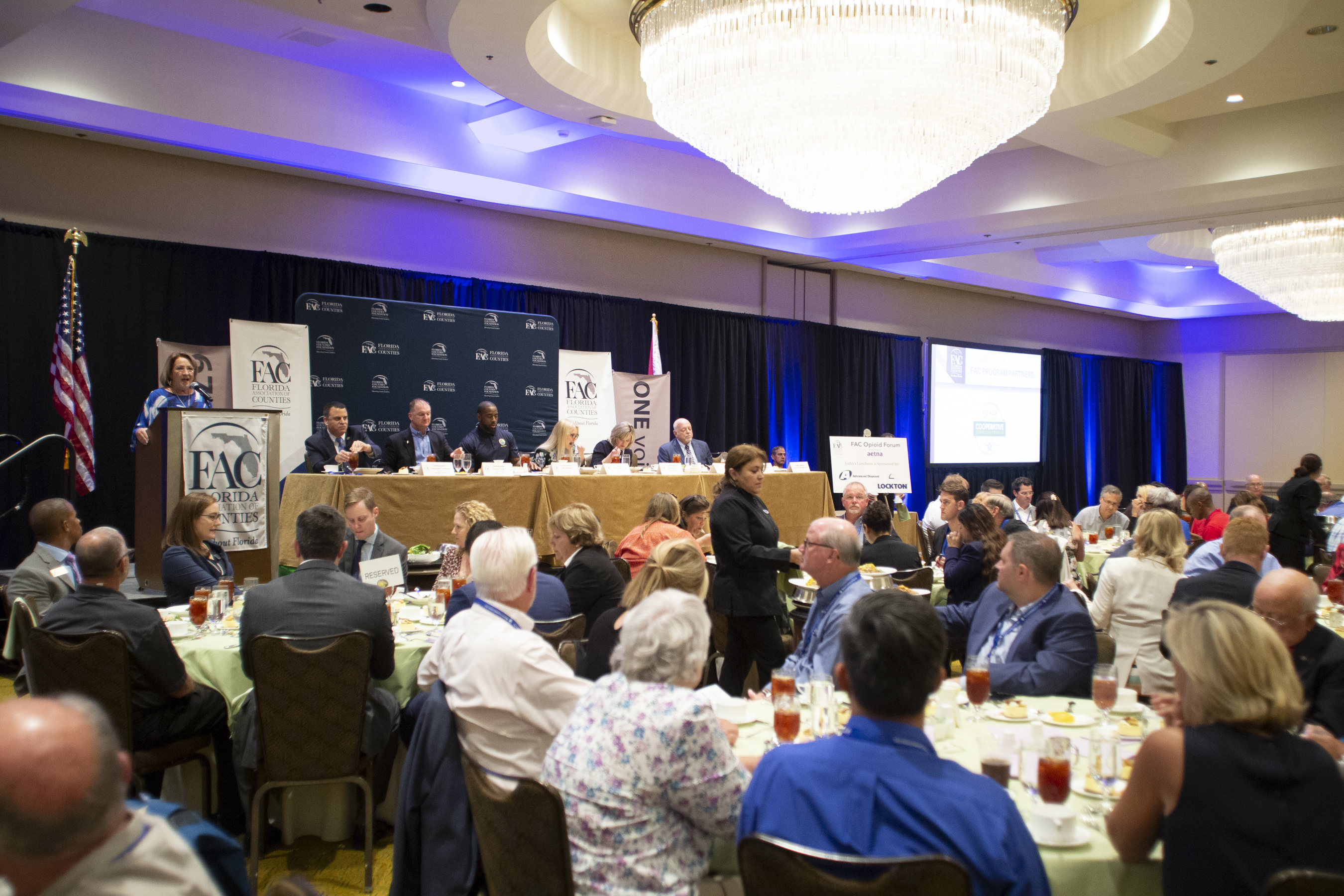 For more than 80 years, FAC has held an annual conference offering the opportunity for hundreds of commissioners and county staff from across the state to come together for continuing education and critical networking. In addition to the educational sessions, this event also featured more than 100 educational booths – with exhibitors from around the country sharing cost-saving tools and products with counties.

Orange County Mayor Teresa Jacobs provided welcome remarks at the opening luncheon emphasizing on the need to work together to become better public servants and equip local governments with the tools to lead during difficult and challenging times. She also touched on the intense and complex issues such as the statewide opioid addiction epidemic.

“As a 16-year member of FAC and former President, I can tell you that the FAC workshops and legislative advocacy are second to none,” Mayor Jacobs said as she addressed attendees. “In addition, the relationships that are developed between counties from this conference allow us to benefit from each other’s successes, and to learn from each other’s hardships. Thank you for working tirelessly and in such a collaborative manner on the issues impacting the lives of our citizens.”

FAC made its last visit to Orange County in Dec. 2016 during the FAC Legislative Conference, when hundreds of commissioners and members meet and voice their opinions on the policies FAC lobbies during the legislative session.

FAC was established to represent the concerns of Florida’s county governments on a range of important issues before the state Legislature, the governor and Cabinet, various state agencies, commissions and the courts. The FAC legislative advocacy team covers more than 80 percent of the thousands of bills proposed each legislative session, working hard to preserve home rule. FAC’s guiding principles seek to preserve county home rule authority, to develop and implement statewide policies that improve public service and to protect citizens from the financial burden of unfunded mandates. Locally elected county commissioners guide the creation of FAC legislative positions and legal advocacy strategies, which are committed to sound public policy that makes Florida a better place to live and work.

Photo Caption: Orange County Mayor Teresa Jacobs addresses county commissioners and government officials from across the state of Florida at the 2018 Florida Association of Counties Annual Conference and Educational Exposition at the Hyatt Regency Orlando on June 27, 2018.