An Orange County Neighborhood You Should Know: Union Park is Diverse with a Welcoming Atmosphere

For Lisa Stewart, manager of the Chickasaw Branch of the Orange County Library System, Union Park is a place where residents are engaged and a strong sense of community exists. As someone who deals directly with residents on daily basis, she has learned it is a culturally diverse neighborhood where people have the opportunity to learn about and from one another.

“I love the people here,” she said. “Their diversity is what really makes Union Park special. The political situations in Venezuela and other Latin American countries has contributed to an influx of newcomers. We’re also seeing an increase of new library users from a variety of countries, including Syria, India, Vietnam, China and Eastern Europe.”

“The residents who live in this community are hard-working, family-oriented people,” said Orange County District 5 Commissioner Emily Bonilla. “It’s wonderful that we have a library system that caters to its diverse culture. The characteristics of this community contribute to the overall viability of Orange County.”

Stewart, who has worked for the Orange County Library System at various locations for more than two decades, has gotten to know Union Park residents, many of who use the library’s services regularly.

“People have returned to thank us for helping them pass their naturalization test or get a job interview. They feel comfortable in sharing their heartwarming, and sometimes heartbreaking, stories.”

Still, many Union Park residents are not aware of the many services the library offers, so Stewart goes out into the community to promote them to organizations such as the Union Park Neighborhood Center for Families, local schools and Head Start. Whether offering free English classes or high-quality entertainment, such as musical performances, story times and magic shows for kids, the goal is to respond to the needs of local residents.

“We want everyone to feel welcome and understand we’re here for them,” added Stewart. “When people move here from other countries, they can feel really lonely, but they make friends by getting involved in community activities, and that’s a beautiful thing.” 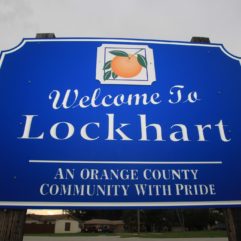 An Orange County Neighborhood You Should Know: I Heart Lockhart

If you’re driving north along Edgewater Drive past College Park towards Apopka, you may notice the small town of Lockhart. An important hub of... 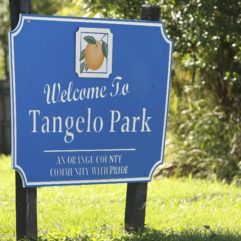 An Orange County Neighborhood You Should Know: Tangelo Park Remains a Close-Knit and Unified Community

Tangelo Park is, in fact, not a park. It is a community built in the 1950s on land formerly used for orange groves. It...