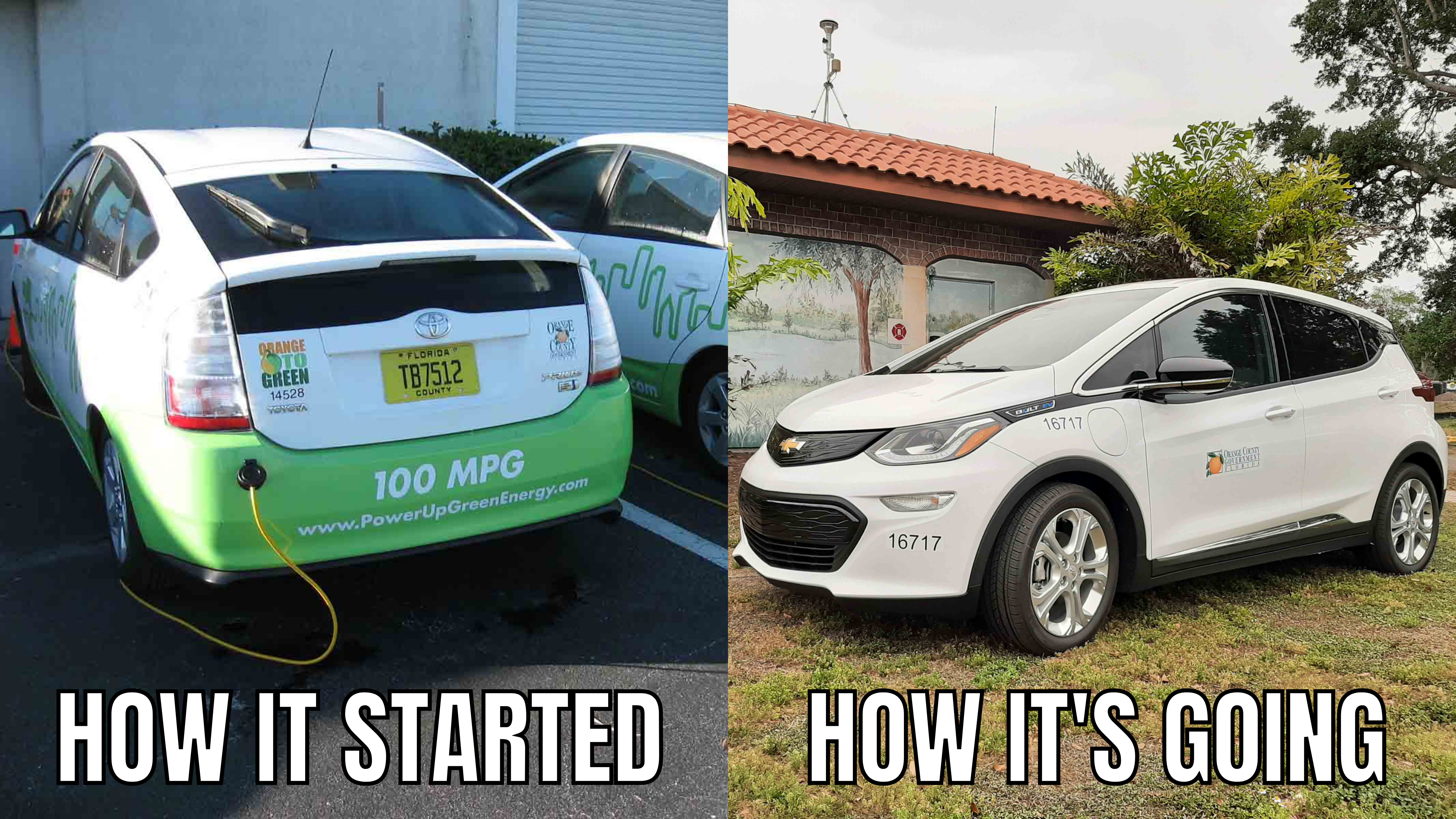 Just over a decade ago, a government/private sector coalition called Get Ready Central Florida went from being newcomers in the field of electric transportation to becoming a national leader. It was spearheaded by Orange County Government, the City of Orlando, Duke Energy and Orlando Utilities Commission (OUC). Today, local and state-wide coalitions are in an accelerated mode to forge ahead with electric vehicle (EV) initiatives in order to become a more sustainable region.

In 2010, Orlando was one of nine cities selected nationwide to receive a portion of Charge Point America’s $37 million grant to ramp up the charging infrastructure necessary to support the new highway-ready electric vehicles entering the market. Orange County helped secure the grant and officially joined Project Get Ready, a non-profit initiative led by Rocky Mountain Institute that helps communities become EV pioneers, that same year.

Level 2 (240 v) public charging stations began popping up at restaurants, hotels, malls, parks, theatres and public buildings within a 70-mile radius of downtown Orlando. By the end of 2010, 300 charging stations were installed.

Fast forward a decade, and EV is taking another giant leap forward. 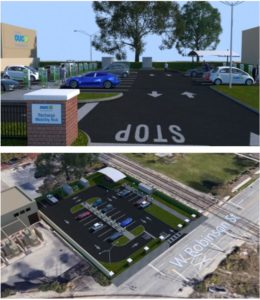 OUC, Orange County, the City of Orlando and Power Electronics are collaborating to create the largest high-speed charging facility in Florida. The Robinson Recharge Mobility Hub, set to open sometime in 2022, will place up to 22 Level 3 (DC) EV charging stations near I-4. On completion, the hub will enable EVs to “top off” their charge in 10 minutes and be fully charged in 20-60 minutes. It’s no wonder that Orange County was ranked 2nd place by the League of Women Voters EV Report Card for 2020 and has been named into the top 10 most EV-ready cities in the nation.

“As more and more people buy electric and hybrid vehicles, the County wants to have the infrastructure in place to service that,” said John Parker, Sr. Environmental Specialist, Environmental Protection Division, Air Quality Management Section. “Most people charge at home, but the idea for these high-speed charging stations is to have them act like gas stations for those who are traveling longer distances.”

Orange County’s goal is to increase its EV fleet to over 500 vehicles and is the proud owner of three Chevy Bolts — the Environmental Protection Division has two 2021 models and Fleet Management has one 2020 model. The County’s Sustainable Operations and Resilience Action Plan outlines the fleet transition and 16 other goals. The County also boasts more than 450 Level 2 charging stations and 49 Level 3 charging stations. Public charging fees vary depending on location, time of use, length of use and power level. You can find available charging stations and calculate fees by going to PlugShare and ChargePoint, the EV charging networks used at most stations in this region.

“Whether it’s improving building insulation or planting more trees, we want to reduce carbon emissions and use less fossil fuels,” asserted Parker. “We’re building a sustainable region, and we’re ready to do what we need to in order to become even more sustainable. With these charging stations, we want to build on what we created in 2010 and remain a major player in the electric transportation sector.”

Have you ridden in an Electric Vehicle? OUC is currently running a promotion for OUC customers to test drive an EV get a $50 Visa Gift Card!