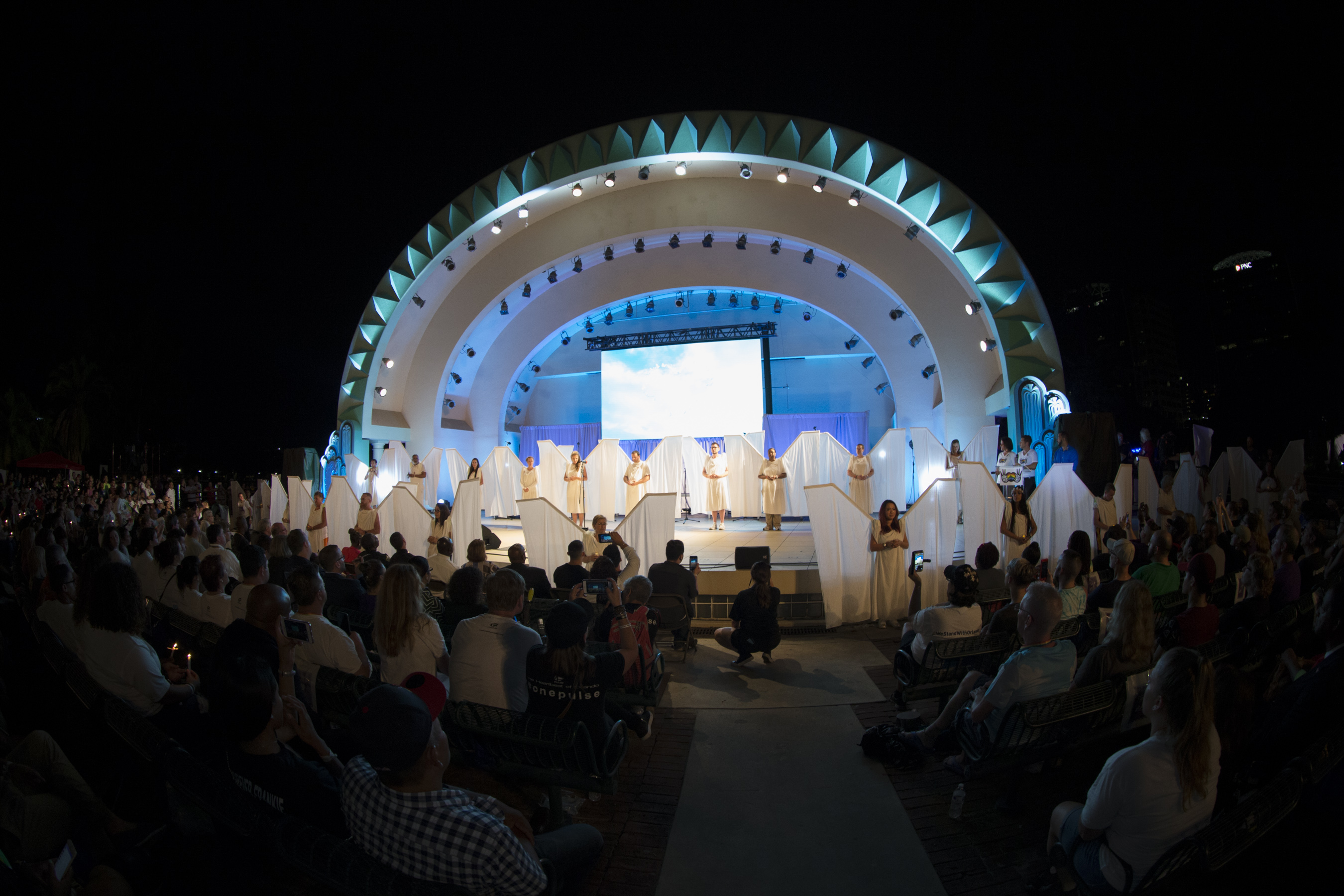 On June 12, Orlando United Day | A Day of Love and Kindness, Orange County joined the City of Orlando and onePULSE Foundation to observe the one-year remembrance of the Pulse Nightclub tragedy.

The community remembered the 49 innocent lives lost, their family and friends, as well as those who were physically injured and those who bear the deep emotional scars of survival. The community also extended their support for the Pulse family, Pulse Nightclub owner Barbara Poma and the LGBTQ, Latinx and Hispanic communities.

This annual commemoration is dedicated to honoring the memory of the victims, supporting survivors and recognizing the compassion that was displayed by our community and the world during the darkest and most difficult day in our history.

On Monday, a joint proclamation ceremony with Orange County and the City of Orlando established Monday, June 12, 2017 as Orlando United Day. The proclamation event was hosted at the Orange County Administration Building during the Sea-to-Sea unveiling ceremony. The flag has become a globally-recognized symbol of the LGBTQ movement since its creation in 2003 by Gilbert Baker.

Mayor Teresa Jacobs and City of Orlando Mayor Buddy Dyer presented the Orlando United Day proclamation with City of Orlando Commissioner Patty Sheehan and Barbara Poma. Those in attendance were also able to donate blood and tie rainbow ribbons on trees with messages of love.

Throughout the day, the community participated in the One Orlando Alliance’s Act, Love, Give movement which encouraged local residents and those around the world to honor all who have been impacted by the Pulse tragedy.

Members of the community were also welcomed at Pulse Nightclub to remember the 49 innocent victims. The nightclub held a ceremony that included various community speakers, reflective prayers, a reading of the 49 names, a display of 49 wreaths and music by Violectric with the Lutheran Comfort Dogs.

At noon, Central Florida and worldwide churches tolled their bells 49 times to remember the 49 innocent lives lost. More than 190 churches committed and participated in this global remembrance.

The Orlando Love: Remembering Our Angels event was also held at Lake Eola Park Amphitheater. The ceremony included remarks by community leaders, musical performances by Olga Tañón and Sisaundra Lewis with a memorial reading of the names of the 49. The community was invited to conclude the evening at Pulse Nightclub with a series of prayers, musical remembrances, inspirational dance and reflection.

In the days following the Pulse tragedy last year, the Orange County Regional History Center worked on an immediate short term response to the tragedy, which was later formally named the One Orlando Collection Initiative. History Center staff were physically onsite at major memorial locations – including Lake Eola, Orlando Health and the Dr. Phillips Center for the Performing Arts – to photograph and preserve thousands of memorial items.

To date, more than 5,000 items are included in the Collection. These extraordinary items – hand made with love and in grief – are a very important part of the story that Orange County wants to share with this generation, the next generation and generations to come.

“Through this One Orlando Collection, and by memorializing the terrible losses that so many have suffered, and the incredible response of love and unity – we hope to educate and inspire future generations so that this tragedy is never again repeated,” said Mayor Jacobs.

Orange County encourages Central Floridians and virtual visitors from across the nation and the world to view these touching tributes at our Keep the Pulse website, www.OneOrlandoCollection.com. The One Orlando Collection will expand as curation efforts continue.

Orlando United Day to focus on Acts of Love and Kindness on June 12 To honor the one-year remembrance of the Pulse nightclub tragedy,...

On Dec. 12, Orange County Government and the City of Orlando hosted a Pulse Six-Month Remembrance Ceremony to honor the 49 victims, their families...

Central Florida Sports teams came together and stood Orlando United with the community after the tragic Pulse Orlando nightclub shooting on June 12, when...