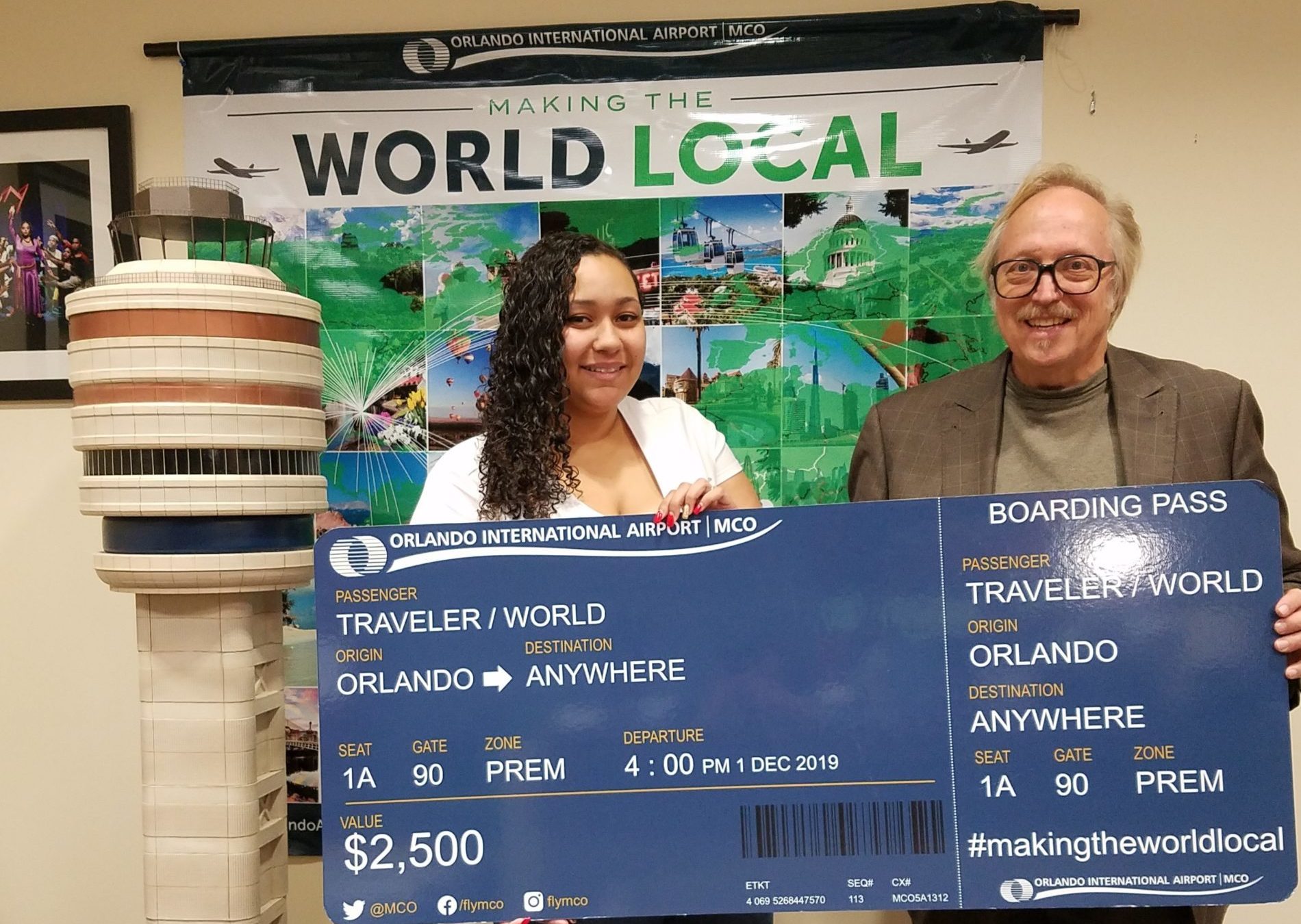 Lake County resident Jenna Simpson had always envisioned visiting England, where her Jamaican father was born, and New York, the birthplace of her mother. Thanks to FusionFest and its commitment to helping people discover the world through interactive cultural experiences, her dream is coming true.

FusionFest is a yearly showcase of what makes varying local heritages unique and why cultural diversity makes our community stronger. It is a project of the Downtown Arts District, with support from Orange County Government, the Orlando Downtown Development Board and the Dr. Phillips Center for the Performing Arts.

On the closing night of the two-day festival, Jenna’s name was drawn at random from the “Fly Anywhere in the World” raffle, designed to send a lucky winner to any destination around the globe. Jenna, who was volunteering at the festival, was surprised when she got the call the next day informing her she had won up to $2,500 worth of tickets to fly anywhere from Orlando International Airport,

“I was suspicious at first, then shocked,” she said. “It certainly wasn’t the outcome I expected.”

Jenna, who’s currently finishing up a bachelor’s degree in Accounting at the University of South Florida, saw that FusionFest was looking for volunteers and signed up. When she arrived, she was given a raffle ticket and placed it in a miniature replica of the control tower at Orlando International Airport. She then busied herself with her volunteer duties, which included helping attendees get their photos taken in front of a giant wall of handcrafted paper flowers.

“I’m going to take my two sisters to Europe and New York to see where my parents were born,” she said. “With my mother being Jewish and white and my father being black and raised in Jamaica, I was excited to volunteer at this festival. I think it’s great to have an event like this where people from different cultural backgrounds can come together and celebrate diversity.”

This year’s festival drew approximately 15,000 attendees, nearly doubling the turnout for 2018’s inaugural edition, which received the Award of Excellence in the Downtown Orlando Partnership’s Golden Brick Awards and took first place in the “Community Outreach Program” category of the Florida Festivals and Events Association’s SunSational Awards. The next FusionFest is scheduled for November 28 and 29, 2020.